Be a Good Samaritan and Reduce Your Stress 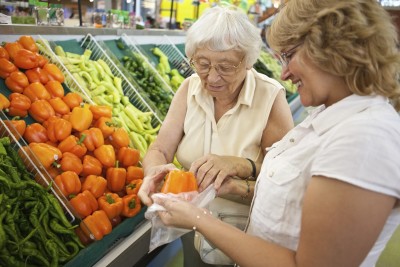 The normal chaos of everyday life has continued in the past week, and I have had an excellent opportunity to add more coping skills to my repertory.

The inspiration for today’s article came on a particularly busy (and frustrating) day, when obstacles seemed to appear on my path with great frequency.

Be a Good Samaritan and Reduce Your Stress

The stress response in our bodies might be thought of, from one point of view, as the result of a combat between two opposing parts of the nervous system. The sympathetic division, triggered in response to a perceived threat, is responsible for the increased heart rate, higher blood pressure, faster breathing and general inner turmoil of the stress response. Its opposite, the parasympathetic division, triggers a lower heart rate, improved digestion, muscular relaxation, and a sense of serenity.

In this combat, guess who’s most likely to win? Yup, pretty much every time, too, unless we take steps to prevent it.

Yet you may find, as you continue about your daily activities, that stressful thoughts keep intruding, throwing you back into that agitated state.

Here’s another way to handle that: be kind. You might say, “But I am kind.  I have lots of kindness flowing through my veins. Most of the time.”

Ah, but the trick is to be kind when you least feel like it, when you are threatened.

An intriguing study was done in 1977 by two sociologists, John Darley and Dan Batson, in which Princeton seminary students were told to prepare to give a speech on “The Good Samaritan,” which would then be evaluated by their supervisors.

The speech was to be given in a building across the campus, and half of them were told they were late for the presentation, while the other half were told they had plenty of time, but might as well start that way now.

On the way, with their heads presumably filled with thoughts of the Good Samaritan, each student “accidentally” met someone in distress, who asked for their help.  Would they stop and help?

Those who had plenty of time did so.  Those who thought they were late did not.

Apparently, our goodness goes only so far as we are not pressured.

If they had stopped, they might have experienced the rush of euphoria, then calmness and improved emotional well-being that results from what is called the “helper’s high.” Physical pain and a sense of isolation can even decrease, while joyfulness and vigor rise.

Guidelines for being a Good Samaritan to yourself as well as to others:

Slow down, breathe, pause, and make the choice to be kind, even when – especially when – it is difficult.  You will slow down your nervous system, avoid accidents and stupid mistakes, and, oh, yes, spread peace in the world, not just your own nervous system.

Explore the number of ways in which you can show kindness:
Smile, say thank you with extra sincerity for even the smallest gestures, such as someone picking up something you dropped, or handing the next grocery cart over to you before taking one themselves.

Perform kind actions:
Hold a door a little extra time, graciously wave a motorist ahead of you who is trying to join a line of traffic, say something upbeat to a stranger standing in line near you.

Think kind thoughts:
On my super-busy day, that line of traffic at a stop light that didn’t seem to move when the light turned green was at first irritating, especially on a very hot and overly-busy day.  I reminded myself to be kind, and started to think of reasons why this might be so, besides the assumption that the person at the head of the line was incurably stupid.

As we started to move, and I drove through that intersection, I found a man (it was 92 degrees outside) pushing his car off to the side.  Clearly, he was having a lot more stress than I was.  What good would irritable honking have done, except to raise the stress level of everyone within earshot?

And last of all, be kind to yourself, with compassion for your little mistakes and shortcomings.