Bullying in the Workplace: Who Bullies Whom? 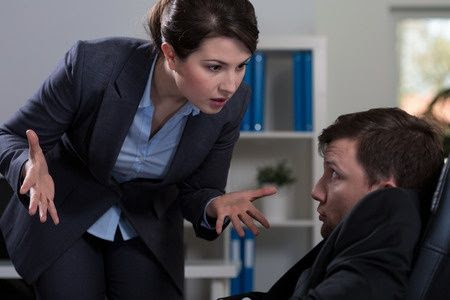 Over 40% of employees in the workplace have experienced bullying, a persistent pattern of behavior that intimidates, degrades or otherwise undermines the wellbeing of the target. Bullying is four times more prevalent than sexual abuse, and, according to a study at the University of Manitoba, the outcomes for victims of bullying are worse than are those for sexual abuse victims. So who are the bullies? And who are the targets? It’s easy to envision a quiet, introverted person as the victim of an outgoing, brash person. But it’s not that simple.

According to Arlene Vernon, HRxaminer, targets are often the best and the brightest: the most technically skilled, empathic, kindest – but unlikely to fight back. Incivility and aggression are often fueled by individual differences, such as introversion and extroversion. That doesn’t necessarily mean that most cases involve extroverts bullying introverts. Actually we don’t know that, as there is little research on this area at this time.   However, bullying is most often from supervisor to subordinate, where even a fairly confident employee is reluctant to fight back. Given that extroverts are more likely to be promoted to leadership positions

in the U.S., there is a chance that the scales are tipped in that direction. But according to Vernon, bullying doesn’t have to be overt hostility. It can be covert; an introvert leader would be in a position to deny training or promotions, apply different standards, or block leave or time off. It can also be an employee-to-employee situation, as in malicious gossip, making false accusations, and stealing credit. And what are the outcomes of bullying? Known results include stress, anxiety, depression, anger, aggression, panic attacks, and even suicidal thoughts, all negatively affecting a company’s wellness program. Even onlookers of bullying may be negatively affected.   But that’s not all. There is increasing evidence that bullying is affecting workplace productivity, perhaps massively. Inability to concentrate or make decisions and absenteeism take their toll on productivity. Royal & Sun Alliance, the largest commercial insurance company in the United Kingdom, has suggested that absenteeism alone due to this kind o

f distress may cost businesses approximately eight to 10% of a company’s profits. Then there are the costs of employee turnover, estimated at costing at least one-half of the employee’s salary to replace him or her. An estimated 70% of bullied employees leave, while an estimated 20% of witnesses to bullying also do so. Rehabilitation of stressed employees, as well as legal costs, all add up. Finally, a company can find its reputation damaged. People talk to other people. An unhappy employee is probably seeking comfort from friends and family, who then talk to others, and so on. If a company develops a bad reputation for bullying, it could conceiv

ably affect sales to the public. So what are the solutions?   We should follow the example of Scandinavian countries and Canada, which have enacted legislation against workplace aggression, just as there is now against sexual abuse in the U.S., allowing victims to report incidents, go to the union and take legal action.   Training employees to recognize bullying would help create a climate in which bullying is less invisible. Most of all, companies should work to create an environment in which individual differences are not just tolerated but celebrated, creating a cooperative and positive environment for all. Are you aware of workplace bullying?  Have you had an experience you’d care to share? Sources:   Arlene Vernon, PHR, HRxaminer, in a talk to the Minnesota Council of Non-profits David Yamada, Psychology and Work Janet Fowler, “Financial Effects of Workplace Bullying” on Investopedia   http://bit.ly/1Hwhfky

Lynette Crane is a Minneapolis-based speaker, writer, and coach. She has more than 30 years’ experience in the field of stress and time management and personal growth. Her latest book is The Confident Introvert, written to help introverts overcome the stress of living in a culture that idealizes extroversion, so that they can thrive, and not just survive.Visit her website at http://www.creativelifechanges.com/ to see more in-depth articles and to view her programs.