Can I be an introvert and a champion too? 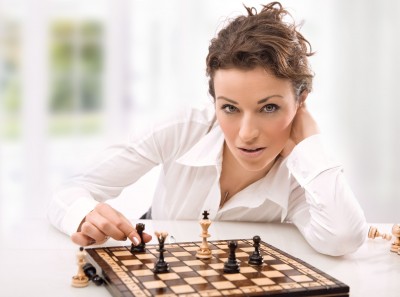 The short answer is, You Bet! Too many people equate introversion with shyness, when in fact introverts are simply people who rely more on inner resources than outer ones, and deeply need a certain amount of solitude in which to re-charge their batteries.

Introversion may lie behind outstanding performance in many fields, from music and athletics to chess. In one study, K. Anders Ericsson and colleagues found that professors at the Music Academy in Berlin could predict those violinists who would go on to a professional career versus those who were more likely to become teachers instead of performers.

The difference? All the violinists spent approximately the same amount of time practicing, but those whose skill levels predicted they would play well enough to perform publicly spent the bulk of their time practicing – alone.

Extroverts, who seem to need a great deal of stimulation, including social stimulation, are less comfortable making that commitment to hours of solitary practice.

Introverts, however, need to be reminded of the following aspects of optimal performance:

You don’t do it alone.
Charles Garfield, author/creator of the Peak Performance programs, made this statement after reviewing excellent performers in a number of fields. The ability to find, and keep, strong supporters who will help, cheer you on, and comfort you when things go wrong is a major part of optimal performance.

Introverts need to balance their need for solitude and self-reflection with their ability to connect with others in a meaningful way.

Accept responsibility, but not blame.
The ability to self-reflect and analyze the reasons why a prize wasn’t won all involve analysis of the performance, not the personality of the athlete.

Once having done so, the excellent performer goes back to work with renewed determination instead of retiring in embarrassment.

“I didn’t focus enough this time” is a responsible remark; “Guess I’m just a failure” is self-blame.

Allow yourself a short period of time to recover from the blow of a setback. Set a definite time, such as one day or two days (or two weeks if you are really burned out) in which to relax and pamper yourself. You may be amazed at how quickly you will regain your ability to look at the issue differently and get back to work.

(Watch for Lynette Crane’s new book, The Confident Introvert: Gain the skills to overcome shyness and low self-esteem, due out in Fall, 2012)