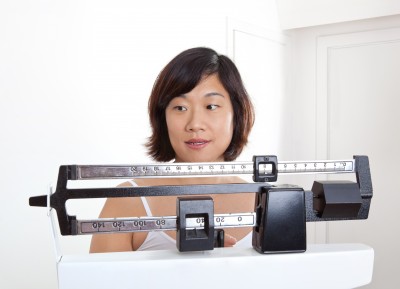 What a week!  I gave a talk on “Expand Your Time and Tame Your Tension” at the Minneapolis Heart Institute Foundation’s health fair on Saturday, delivered while swaying a bit from fatigue, as my aging cat decided to get me up – and keep me up – at 3 a.m. that day.

The response of the audience members was great, as they clustered around me at the end to ask questions, apparently not noticing that I wasn’t in top form. Perhaps I was; I only knew that I felt the passion I usually do when I talk about this topic, and the words just flowed out of my mouth.

The beauty of truly understanding good stress management is that you learn to roll with the waves that try to batter you, and not fight them.  My head was not filled, as it once would have been, with thoughts of how terrible it was that I was so exhausted, and that my talk would suffer as a result.  I didn’t have to cope with a frantic feeling that once would have lasted from those early morning hours right up to the time I picked up the microphone and spoke.  I didn’t feel rushed; I had a sense of timelessness, as if I was just strolling through life and nothing was terribly urgent.

That’s one of the  many things that I will be teaching in my upcoming seminar, “Expand Your Time, Tame Your Tension … and Expand Your Life,” coming up  on June 9.   Make sure you register before May 30 to get the reduced rate for this transformational experience.  Click here to learn more about it.

(How often do you criticize yourself during a given day? How often do you hold yourself back from doing or saying something because you’re afraid you will make a mistake? Then you’d receive that awful thing, criticism – if not from yourself, then from someone else.

None of us wants to live in a world with no standards; what would it be like to have surgery from a surgeon who was not qualified, or to fly in a plane with a pilot who was not held to the highest standards?

And yet, hardly anybody admits to enjoying the process by which we sometimes have to reach those standards –that is, criticism.  We’d prefer not to get it; we’d prefer to be perfect, or at least OK, much of the time.

Sometimes – for many people, often – we avoid putting ourselves in a situation that is likely to trigger criticism, for example, taking a risk.

But we can’t even get away from criticism when we’re alone; sometimes our severest critics are with us all the time – ourselves.

Luckily there is a way to reduce the stress and fear associated with criticism:  change it into something useful called feedback.  Here is a story that illustrates feedback and how it works.

Many people don’t realize that the Apollo space module was off target 90% of the time on the way to the moon.  90%!  How terrified or discouraged would we feel if we were that muchoff target on the way to an important goal?

Yet all we remember is that Apollo hit the moon.  And here’s how it did it, with the aid offeedback.

Picture the moon, way out there in space, and then picture the spot on the earth from which Apollo was leaving.  Now draw an imaginary line between that spot and the moon.

When Apollo blasted off, it didn’t follow that straight line.  In fact, it went wildly off at an angle to that line.

Here’s how Apollo might have reacted if it were human, filled with self criticism:
“Hullo!  What’s this!  I’m   w  a  y   off track.  Stupid, stupid me!  Now what am I going to do … Mrs.  Murphy, my 3rd grade teacher, always said I was too impulsive.  …  By gosh, it’s lonely out here. … Mother was right!  I always think the grass is always greener…. When I get safely back home I’m never going to do this again.”

But Apollo was a machine, and it got feedback, not criticism, from mission control, that went something like this:

“Apollo, you are off course x degrees in y direction.  Correct.”

And Apollo corrected. Actually, it over-corrected, veering wildly off course at an angle in the other direction.  But … not quite as far off course this time. And a little nearer to the moon.

Once again, it did not have that internal critic saying, “You’re so stupid.  I already told you the right direction.  What’s the matter with you anyway?”

It just got another feedback message.

“Apollo, you are off course x degrees in z direction.  Correct.”

In this manner, correcting, and then correcting again, it zigzagged its way to the moon.  Each move was a little less erratic, a little more accurate.  And all we remember is that Apollo hit the moon – because of good feedback.

The path that Apollo took to the moon is the path of human beings, too, when they are learning a new task or a skill.  We may start out a little shaky, a little uncertain, feeling our way until we become more confident of the right path.  We dash off in the wrong direction, then (if we are lucky) we correct, then over-correct.  We need good feedback, not criticism.  Without it we may continue stubbornly plowing in the wrong direction, or give up in despair.

Here are some differences between criticism and feedback:
Criticism looks backward, at what went wrong.  It focuses on the individual, and it involves blaming the person, sometimes slapping on a label, such as  “dumb,” or “careless.”

Feedback looks forward to improving performance the next time.  It focuses on the action, and provides information as to how that action might be better the next time.  That word “information” is important:  it should tell you what to do in order to improve, not just what not to do.

Insist on feedback from others.  Don’t accept criticism that doesn’t provide useful information about how you could do better.  Ask for good feedback, and be sure to select people who have knowledge about what you are trying to accomplish when you do so. Choose to ignore critics that can’t provide that useful information.

Pause, think, then choose to be your own best friend.  Give yourself feedback that will help direct you to your “moon.”

(Next week: how to win friends and influence people by learning to give feedback, not criticism.)