How Do You Unring a Bell? 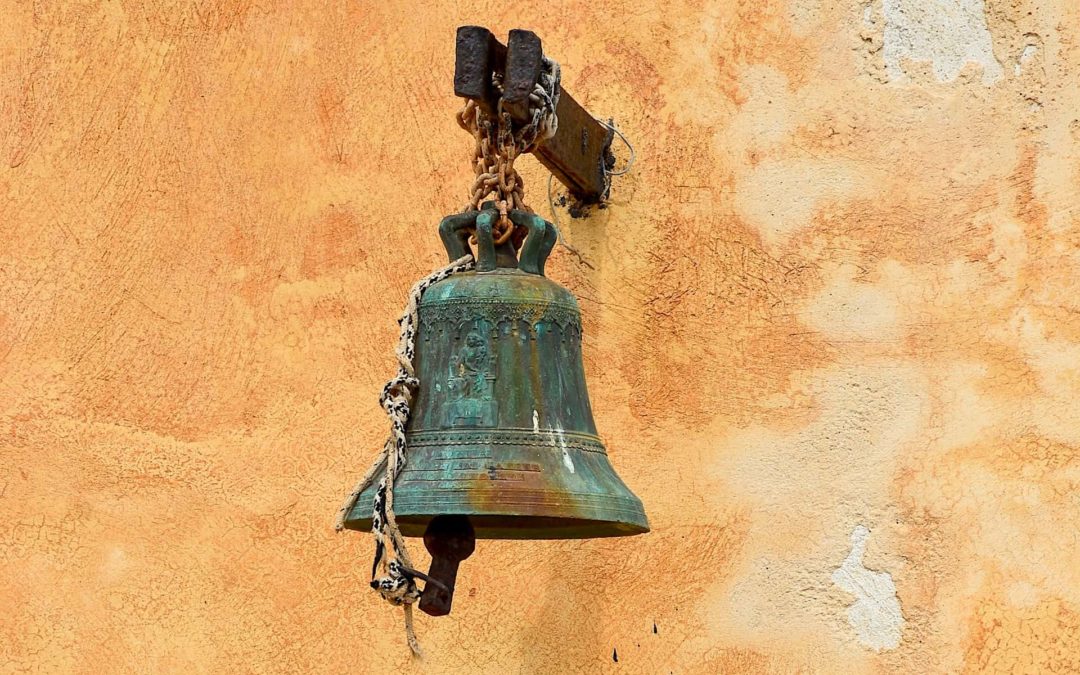 In these troubled times, people, overwhelmed by the chaos, are saying or hearing hurtful things that have long term consequences. When a statement is uttered in emotional circumstances, it will reverberate in the ears of the listener for a long time, perhaps for all time.

We’ve all done it at one time or another, and suffered the long term consequences.

I did it at the start of the pandemic, to a man who I thought was the answer to all my lifelong prayers. As you may have found, some things are hard to take back, once you have released them. As I found later, I had pushed two of his very sensitive trigger points – those points where you are activating a deep hurt from previous times, but of which I was completely unaware. The isolation of the pandemic meant it was unlikely we would meet casually in venues we previously frequented, perhaps to start engaging cautiously, and then, possibly having a healing conversation. The situation today remains the same as it was a year and a half ago.

How do you unring a bell when hurtful things have been said? I have had occasion to think of this a lot in the last two years, searching for ways to reach out that would be healing.

A University of Wisconsin student entered a competition in which people were asked to find scientific answers to questions posed in the popular idiom. He chose this phrase – how do you unring a bell – and he actually found a way to do it. He did it by introducing an interference wave which blocked the original physical wave.

It was clever; it was very logical in terms of what we know about physics today. However it didn’t really speak to me in terms of the human relationships I was contemplating.

As I examined my interaction with my almost-lover, recognizing it probably was not going to be reconciled, I had two separate episodes two months apart in which I was on the receiving end of what I had done. I have had a huge lesson in how better to handle conflict between two human beings; one of them is, of course, the deep recognition that everybody has trigger points based on events in their life about which you may know nothing.

Another has to do with the concept of karma: I don’t believe in the once popular view of Karma as a situation in which a Recordkeeper is tallying up your mistakes, and when you are reborn you find you are a cockroach. I do believe in the concept now being validated by the new science which combines neuropsychology and quantum physics. In this concept, what you put forth into the field of infinite possibilities or the matrix comes back to you in like form if you are alert enough to recognize it.

What I have learned about unringing a bell is relieving the pain in my heart and, more importantly, the damage to my soul. Here are some guidelines I have developed so far for dealing with such a situation whether you are the Ringer or the Ringee of the bell.

The tendency to write a note, leave a message, or (horrors!) send an email appeals to our cowardly parts. This leaves the other person no room to question our meaning, read our tone of voice, or rebut.

One word misinterpreted by the reader, and we can be off to WWIII.

2. Take the High Road, even if you are the Ringee, and offer a sincere apology for anything that you may have contributed to the conflict. This does not mean that you think it’s OK for somebody else to mistreat you if they have done so, but it does reinforce the belief that we are all human and make mistakes.

For example you can ask, “Is there something I’ve done that you’re uncomfortable with? I would like to know and to alter my behavior in a way that helps us both feel more comfortable.”

It is the loving recognition that the other person is a human being acting on the best information they have gathered about life so far, some of it harmful to them, but it’s all they know. It’s their Karma.

Forgiveness goes along with compassion. So does the realization that you may not be able to do anything to change that person’s path; you can only watch in love, and sometimes sorrow, as they follow their path and, hopefully, learn from it.

You can explore compassion by doing an exercise in which you breathe in and out through the heart, and after a few minutes, bring the feeling of compassion in your heart.

First, this will comfort you and help to dim the ringing of that blasted bell.

Secondly, from what we know about the Divine Matrix, otherwise known as The field of Infinite Possibilities, in which we are all connected, this feeling will be communicated to the other person, whether the Ringer or the Ringee.

It will signal that you are not going to hold on to that hurt forever.

Click here to join us for Sunday Connections, an ongoing weekly forum for exploring the mysteries of human-to-human relationships.

Lynette Crane is a speaker, coach, trainer, and author who specializes in resilience training and heart-brain connections. She holds a Master’s Degree in Psychology from the University of California and a life coach certification from Coach Training Alliance, and is a certified trainer and coach/mentor with HeartMath™ Institute.