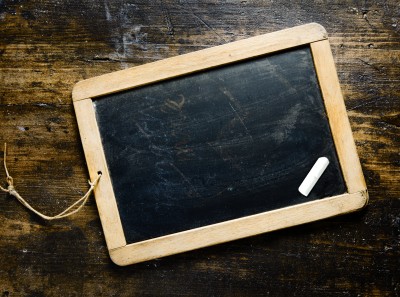 New Year’s Eve 2012 was a peak experience for me. I flew to San Francisco to attend the New Year’s Eve Masquerade Ball, where my dear friend, the legendary pianist Peter Mintun, was conducting his orchestra for the dancing. The ball was held in beautiful Davies Symphony Hall, the champagne flowed like water, and it was a delightful, gala evening.

Like Cinderella, I had my gala evening, and then returned to deal with the cinders of real life.

Like so many of us, I had resolved that the New Year would be better. For me, that would mean that I would be organized enough to do the many things in life that I love, but have been neglecting: meditate more frequently, practice singing, renew my study of French, maybe even dance a little.

Somehow all these things fit into a schedule on paper that never seemed to work out in real life. It was tempting to beat myself up for not sticking to the schedule.

This is typical; when we resolve to develop new, better habits, it can become so overwhelming that we not only give up, but blame ourselves for lack of will power.

In fact, understanding how habits are really formed is central to making those changes that can lead to prolonged happiness. Luckily, there is now research to show us how to do it. Today’s article introduces some of those concepts; more next week.

As 2013 approached, I felt, as many do, that I was being given a clean slate, a chance to order my life better – if only I could stick to that plan.

It has long been my dream to not only run my own business, meditate, and exercise daily, but also to resume practicing singing several times a week and to renew my study of French. On paper, it seemed doable. In real life, it never worked more than a day or so. Schedules slipped and slid; everything from small emergencies to illness got in the way.

It was tempting to fall back on the belief that I (alone among millions, of course) lacked the willpower to keep my life in order. In fact, new studies on habits and how they are formed can provide us with useful information on how habits are made and kept. For one thing, it’s not our lack of ambition that keeps us from forming new, good habits. It’s that we have too much ambition too soon.

Here are some pointers:

Pick a foundational habit: one on which other habits can build.

When I surveyed my life, I realized that my busy, overcrowded office was somehow draining my energy. Stacks of unrelated papers covered every surface; each one was a “blue dog.” something that is unique and cannot be filed with anything else.

In the mornings, I was overwhelmed by the sight as I started to work; at night, I was too tired and drained to tackle those piles before quitting. Singing? French? Those were like desserts I never got to because I couldn’t get through the vegetables.

One night, I sat down to watch the return of Downton Abbey. At the end, relaxed and transported to another time (where servants kept everything tidy), I wandered into my office, deciding to devote a spare ten minutes to doing some clean up.

Ten minutes later my entire desk was organized! Energized by this, I now spend ten minutes every evening clearing up a trouble spot: the top of the filing cabinet, the worktable, my nightstand. Each time I do so, I feel clearer and more energetic, able to contemplate setting up a schedule on which to sing or study. Weeks of pile-ups are disappearing quickly.

I actually feel motivated to do this every night, almost like a craving for action. This is clearly the start of a good habit, one that will continue well into the future, because it is intrinsically so rewarding.

This habit of clearing out clutter is also a foundational habit: one which, when mastered, clears the way for other change. My energy has increased, as has my optimism that I can fit the pieces of my life back together.

Why had this worked now? What had stopped me from doing this earlier was “decision fatigue”: faced with too many decisions in a short period of time, which includes throwing away or filing pieces of paper, we shut down and feel helpless. In other words, when you decide to practice your new good habit is one factor in determining whether or not it will stick.

Perhaps you want to exercise every morning, and picture a slimmer, healthier you.

You are excited and motivated by this image.

But the fact is, you hate to get up in the morning, and getting up an hour, or even a half hour, earlier feels like torture. You’re going to try to force it through, however. It only lasts for a few days.

Maybe the foundational habit you want to create is getting up earlier and feeling good about it. Rather than setting up an exercise program that requires you to put on running shoes and hare off to the park at 6:15 a.m., how about setting your alarm clock for the desired hour, having laid out your workout gear the evening before.

Do this every day for a week, lying in bed and picturing yourself exercising. Just get used to waking up earlier.

You may even want to start by surveying your nighttime habits. Are you getting enough sleep? Do you need to go to bed ten minutes earlier, then increase that to twenty minutes, until you wake up feeling rested? Focusing on your bedtime behaviors may be the foundational habit you need to work on.

After you have accustomed yourself to waking up earlier, spend a few days actually getting up and putting on your workout gear, perhaps sipping your coffee and standing on your porch. Then, spend a few more days doing the same, plus doing some warm up exercises.

Finally, start your actual exercise program slowly: 10 minutes of running, on a treadmill, for example.  Increase your time gradually, day by day.

After each small change, celebrate your progress with a “Yay, Me!” or a latte, smoothie, whatever feels like a reward.

Habits are very powerful because they are so automatic that they require little energy. Changing habits, on the other hand, can feel tremendously wrenching. Give yourself a break and focus on changing one tiny habit at a time.

If you think this is a wimpy way to proceed, consider this: who won the race, the tortoise or the hare?