Stress and Your Health 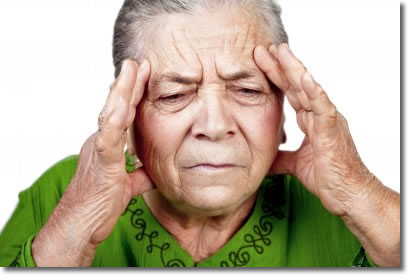 In my last article, I talked about “stress stupidity” and how it causes us to make mistakes and lose time.  It actually does more than that:

A recently released Yale University study, published online the week of  January 9, 2012,  in the  journal Biological Psychiatry, shows that stress causes the brain to shrink because the stress hormones eat away at brain tissue, literally making holes in your brain.

One highly-stressful episode, such as our remote ancestors suffered when they ran from ravenous beasts, doesn’t necessarily produce the “holes in the brain” phenomenon.  Instead, it’s the steady daily diet of stress with which many people live in the 21st century that causes the problem.

This steady onslaught of stress, which may be low-level but persistent, is similar to drops of water dripping onto stone: a slow wearing down.

Lack of focus, concentration problems, inability to set priorities, and difficulty in making decisions are more behavioral signs that signal the presence of  “stress stupidity.”   The very qualities that we need in order to be successful in life are impaired; you may come to believe that there is no way out of your stressful life.

Dr. Martin E. P. Seligman describes this psychological state as “learned helplessness”; the inability to find the “way out” of your dilemmas. Not only do your problem-solving skills suffer, but so does your motivation.

The dogs in his initial experiment, who were given shocks that they could not escape, and were then put in a box where there was an escape route, failed to see the escape route, even when shown!  They simply lay down and absorbed repeated shocks.

“Learned helplessness” has been identified as a psychological pattern associated with many of the most severe illnesses.  It does not start as a result of the illness; it is in place years before the illness develops.

Here are some ways to avoid developing learned helplessness.

Take frequent mini-breaks during the day during which you take a deep breath and ask yourself, “In the long run, what really matters here?”

When you make mistakes, learn to laugh at yourself instead of getting more stressed.  Use the phrase “Stress makes you stupid.”

And when you feel blocked, say to yourself, “There is a solution.  I just can’t see it right now.”

Then take a break, take a walk, talk to a friend, spend a few minutes planning to do something special for yourself later on. Because a brain is a terrible thing to lose.