The Power of “Yet” 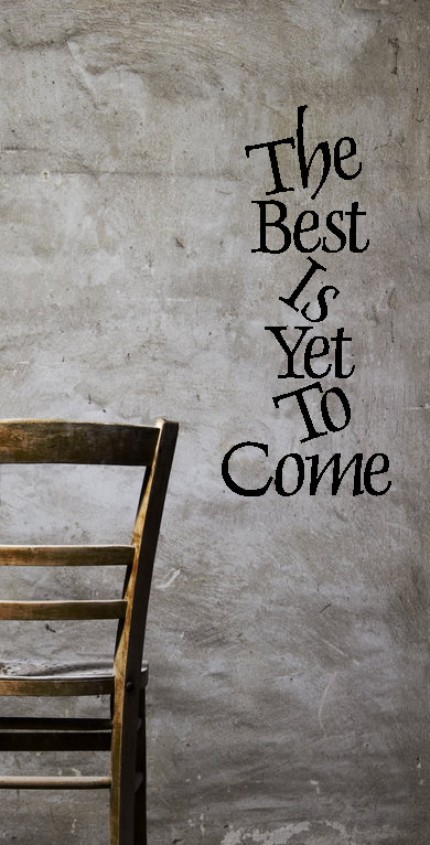 As a writer, I believe in the power of words.  Words can heal and bring hope.  They can also destroy hope.  This week’s article is about one little word that can carry a lot of power.

The Power of “Yet”

When I had a heart attack a little over five years ago, I asked, “Why?”
And my doctor told me that I had a high level of a rare form of cholesterol that sticks to itself and to artery walls like Velcro, making me three times more liable to have a heart attack than the average person. Furthermore, my doctor told me there was no medication, diet, or exercise  – nothing I could do – that would lower this level.  I felt nothing but despair.  It sounded like a death sentence to me.
Nothing I could do? I fired the doctor.  And found a new one.  The new one said, “We don’t have a solution for that…yet.”  What healing those three little letters brought to me!  They suggested that my doctor believed:
My level of hope rose steadily.  Today, neither my doctor nor I believe I will have another heart attack.  All because of one little powerful word – “yet.”
I started to play with this three-letter word. For instance, what if we all started to add “yet” to our conversations with ourselves and with others:
I don’t have a job…yet.
I don’t have my dream house…yet.
I haven’t become an expert in (fill in the blank)…yet.
Moving on, I thought of:
I haven’t mastered a double Axel in figure skating…yet (ok, I’m not working too hard on this).
Feeling heady with all the possibilities, I began to soar even higher:
I don’t speak fluent French…yet.
I haven’t quite grasped quantum physics…yet.
I haven’t met the love of my life…yet.
The only time we (or anyone) can make definitive final statements about our lives is when the comment can be chiseled on our tombstones:
Never won the World Chess Tournament.
Never really got calculus.
Until then, anything is possible, but we will never know it if we are not open to the possibilities.  For good ideas are like birds carrying good news, circling excitedly for a place to land, then flying away disappointed at the lack of a landing field.
Keeping your eyes open to possibilities only works if you have hope in your heart. As the song says, “It ain’t over ‘til it’s over.”
Despair is a destroyer.
Hope is a healer.