What do you say to a Dementor? 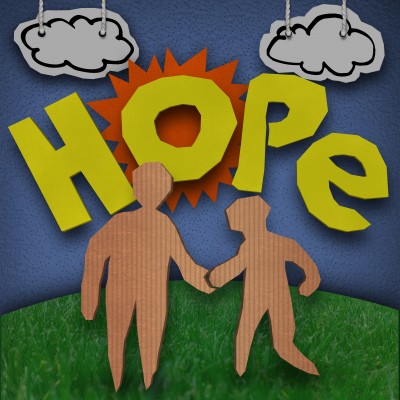 June ended with a bang; heavy winds and driving rain brought down 5000 trees and left an estimated 610,000 people without power in the Minneapolis – St. Paul area. I was one of them.

Along with the complete lack of light, air conditioning, cooking facilities, refrigeration, phone connections, lack of coffee in the morning, and more, there were some bright spots:

I found three little restaurants nearby, which I had never noticed before, where power was restored more quickly than in my block. Who would have guessed that a little hole in the wall would serve an outstanding Croque Monsieur?

A walk in the park to survey damaged trees brought me a new friend and neighbor, who, at the end of the walk, whipped out her smart phone and signed up for my ezine!

Since cleaning files was my only work option, I did so, and found valuable information that I had forgotten I possessed.

And all that soaking rain made weed-pulling incredibly easy!

What do you say to a Dementor?

In my last article, “Watch who you share your pain with,” I described several kinds of people who only make your pain worse by saying the wrong things.I call them, collectively, Dementors, familiar to Harry Potter fans as creatures who suck all hope out of you. They may magnify your tiny symptom into sure death, or seemingly provide incontrovertible evidence that your dreams can never succeed.

When in a crisis or loss situation, we are all initially gobsmacked by these people and their remarks. Replying smartly on the spot may be beyond most of us, but here are some hints for handling these situations:

Don’t let somebody else write your future!

Remind yourself that the future is still up for grabs. Most of the hurtful things other people say in these situations are really about predicting the future. Why do we assume they have the power to do that? Probably because they are touching a secret fear – about our own mortality, that of a loved one, or of a special quest in life – a fear we don’t want to reveal because to do so will somehow give that fear life. Now someone else has done it for us. Solution? Go back to my first sentence:  the future is up for grabs!! When you are able to slow down your anxious breathing, start to look for the parts of the future that you can control by taking action now.

If you can rally enough to say something, here are a few suggestions:

Why would you say that to me now?
Are you meaning to be helpful?
Are you meaning to be comforting?
Do you believe that’s true for everyone, a lot of people, or just a few?
Do you feel I’m similar to that person? If so, how much?
To the future predictor:
I’m going to stay optimistic because I know it’s better for my health in the long run.To the self-appointed expert who gives you advice, medical or otherwise:
I want to explore every avenue before making a decision.To the gooey sympathizer who oozes all over you:
I am not a victim – I’m just a human being who has had a setback.

A dear friend I will call Emily told me a wonderful story recently. Her husband had been diagnosed with cancer – a form which can range from mild to severe, and for which there are a variety of outcomes. They had no idea which it was at this point.

Shaken, she told a friend, who said briskly, “What you need to do now is move to a condo so that you won’t have all that trouble when he dies.”

Gobsmacked, she hung up, hurt and furious. To her great credit, she rallied, called the friend back, and said, “I want you to know I was very hurt by what you said, and I considered never speaking to you again.” They discussed the issue, but at this point Emily feels she will never really trust this friend as a confidant again.

Strong friendships are often made or broken on the basis of the sharing and reception of bad news.

When people tell us really bad news they have received, most of us are unprepared as to what to say, so we bungle it. Here’s a tip: If you don’t know what to say, don’t! In fact, grief experts recommend that you use this simple phrase that sums up the enormity of the experience someone has confided to you and your wish to help but recognition that you can’t:  “I don’t know what to say.”