You Mean Stress Is a Choice? 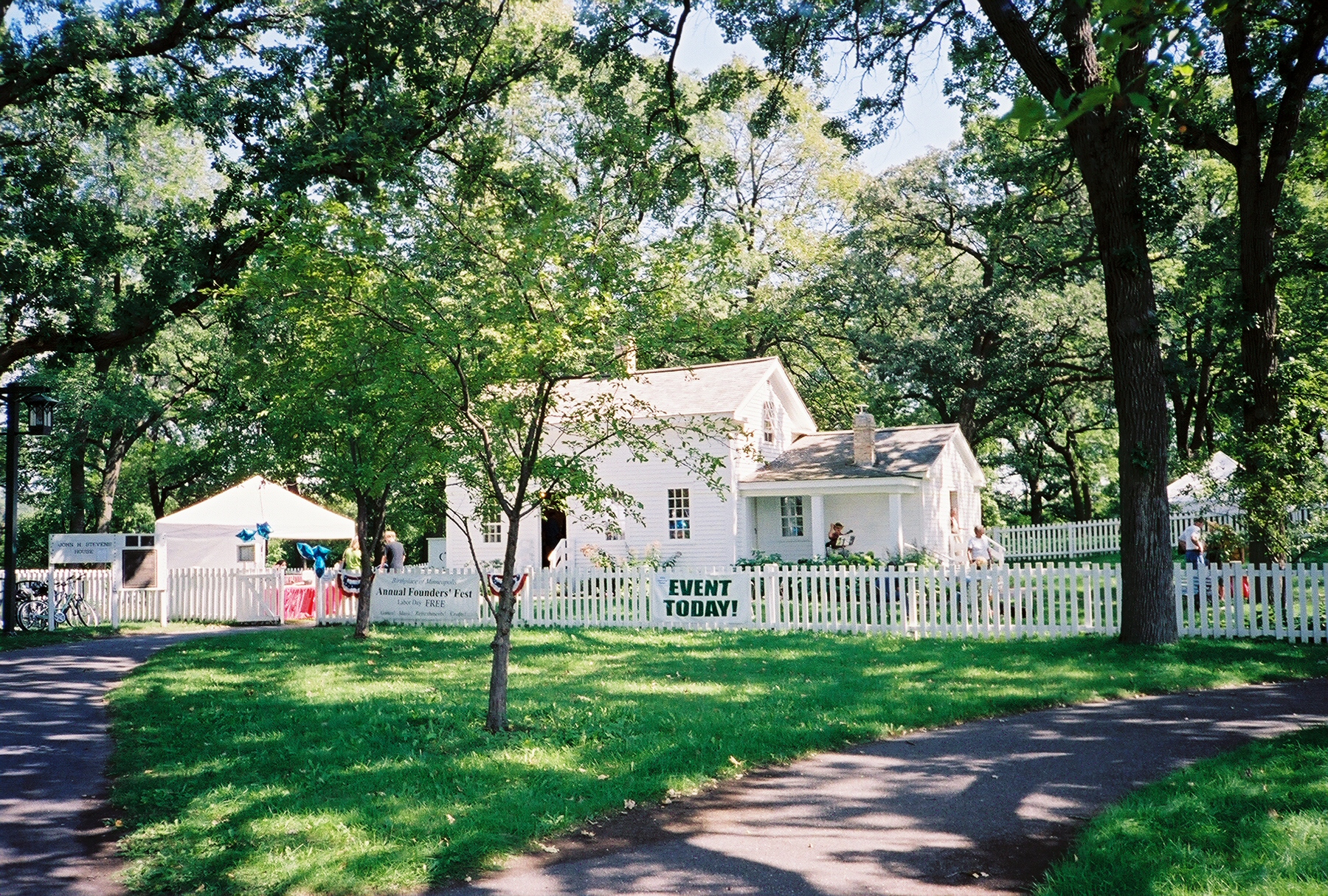 For me, the end of summer is signaled when we close up the museum with which I am associated, Historic John H. Stevens House, Birthplace of Minneapolis.
After a summer of varied events, including storytelling about the house and local Native American history, a display of paintings of Hennepin County lakes, parks, and rivers, and a talk by our own native plants gardener on how the plants were used as medicines by settlers and Indians alike, we end with a bang, giving free tours of the House, and enchanting children with the toys and games that were played 160 years ago.
The whole season is sweetened by the fact that we have an unusually collegial team, good-humored, creative, and supportive of one another.  It makes work a pleasure.
The summer was fun but exhausting.  Now we start the winter hibernation period, when we can stay inside and let our fertile minds do all the work, to emerge next year even more creative and excited.
I always try to remember that “down time” is when the most beautiful dreams can be constructed.

You Mean Stress Is a Choice?

A week ago, I was awakened just before midnight by an alarming phone call.  The security company was calling to tell me there was an alarm going off at the historic house I manage (on a purely volunteer basis), and asked if they should send a fire engine.
“Yes, of course,” I gasped, surprised they would even stop to call me first.
“What’s happening?”  “I’ll call you back,” the voice said, and hung up.
Groggy with sleep, facing a difficult day for which I was trying to be well-rested, I weighed my options.
Once I would have unhesitatingly leaped out of bed, dressed, and driven out to the park where the house is located.  My whole body rebelled against this action.  Besides, he had said he would call me back, hadn’t he?
We had had false alarms before, but never one in which there was a hint that fire was involved.  Was it possible this alarm was real?
I waited for the phone call (it never came).  As I did so, I painted a very detailed picture of what might be going on:  an engine parked in front of the house, with red lights flashing, flames shooting out of the roof, firemen inside with axes throwing precious artifacts out of the windows, which were making an increasingly larger, smoldering heap on the lawn.
These artifacts were not just antiques; they were even more meaningful because they had belonged to, been touched by, important pioneers in our city’s history.
It took my breath away.  If I went out there, I might just watch that scene of destruction helplessly.  Or I might see a lone park policeman with a flashlight, going around checking the house and not finding anything wrong.
If I didn’t go out there, the only other choice I might have had was to lie staring into the darkness, waiting for the second phone call (which never came) and picturing the above scene.  This was a museum to which I had devoted almost a decade of my life in order to help preserve and protect it.
In a previous article, I have warned my readers about doing creative writing about the future (“Creative Writing for RAW’s”, 8/19/11).  The picture I was painting mentally seemed so real.  Who wouldn’t feel stressed?  This was real, wasn’t it?
Well, no, actually.  It was a darned good picture, but it was not real – it was just a possibility.  In fact, when I examined the history of alarm malfunctions we had had, it wasn’t even a high probability.
So one of two things was true:  the alarm had malfunctioned, or the house was already burning, had probably burned to the ground. (It’s a small house.)
In either event, there was nothing I could do at midnight.
So I chose the third option:  I rolled over and went back to sleep.  (Slept well, too – I often say that sleep makes molehills out of mountains.)  In the morning, I awoke, refreshed, dressed, ate breakfast, and drove out to the park where the house is located.
It was a lovely morning, and as I approached, I saw the white picket fence surrounding the house, then the house.  All seemed serene outside, and inside, too, as I found out.
One piece of wisdom I did gain from this episode was that we needed to keep copies of more of the important records at another site.
Another piece of wisdom?  I truly realized that we have a choice of responses to a stressful situation, and I had chosen the wisest one – automatically.
Not bad for a Really Advanced Worrier in recovery!
Just a reminder:  when confronted by stress, pause, breathe, and choose – wisely.