Do you know where your Will Power has gone? 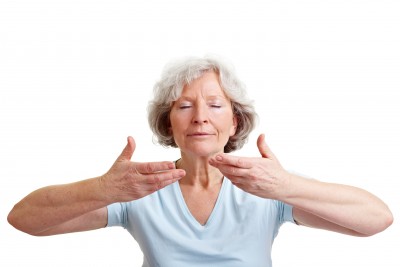 January is moving ahead at an incredibly exciting pace for me; I kicked off the year by doing a half-day seminar, “Be Your Own Best Caretaker in 2013” for the City of St. Louis Park, which included their employees plus many representatives from surrounding cities.

St. Louis Park is a very progressive city, with leaders who believe that a learning environment is central to their future success, and I was proud to be part of that.

The topic of self-caretaking is increasingly important, as we become more and more aware that 85% of disease is stress-related. Nothing can drain your energy or your health as rapidly as getting so caught up in care-taking that you fail to see how poorly you are taking care of yourself, and I anticipate doing more and more of this kind of presentation in the future.

Requests to do “The Angina Monologue,” a most appropriate talk during or close to February, National Heart Month, have been pouring in.

And finally, I am proud and excited to offer The Confident Introvert FREE teleseminar onJanuary 30. Be sure you sign up now at www.ConfidentIntrovert.com/teleseminar

If you’re tired of being overlooked and undervalued, and want to blossom into a new confident you, this is the way to start 2013!

It’s January 25: Do you know where your Will Power has gone?

You know will power – that elusive stuff that other people seem to have, but you don’t? Or maybe you had a lot of it on January 1, excited by visions of a new you, but somehow the visions have gotten dimmer as the weeks have gone by.

The parking lot at the fitness center was so crowded on New Year’s Day that new members circled endlessly, watching for someone to leave. (The veterans knew, grudgingly, to come early.) Soon there will be ample parking once again for the dedicated few who seem to keep going day after day, year after year, without succumbing to what I call the February Fade.

New Year’s Resolutions can take a lot of forms, but all of them start off with a bang and then….

You may even be feeling a little guilt, or even a little disgust, over your difficulty in sticking with your resolutions, and wonder, “What’s wrong with me?”

Nothing is wrong with you any more than having a muscle be weak because you haven’t used it much, and you don’t know quite how to exercise it.

Wouldn’t you like to be able to build up your Will Power muscle, just as you build your biceps with curls, or your quadriceps with cycling?

Well, you can. And here’s how:

That’s all? Well, not quite.

Repeat these deep breaths, focusing on your breathing to the exclusion of everything else. Not quite able to exclude everything else? Join the crowd. You will have intrusive thoughts about what’s going to happen today, or what happened earlier, or what happened in the third grade that today reminds you of … mind travel can go on and on. That’s okay. Just keep breathing and focusing on your breathing.

Keep bringing your attention back to your breathing, because what you are doing is training your prefrontal cortex, the site of conscious thought and control (aka Will Power), to become stronger in over-riding the lower brain areas, those areas where your impulse to take the easy way out – slump down in front of the TV instead of exercising, eat the entire bag of chocolate chip cookies and skip the vegetables – is dominant.

The more you do this breathing and focusing exercise, the more you develop that control. If you were to do this simple exercise for five minutes per day, at the end of five months a brain scan would show significant changes in the area of your brain from which self control originates.

Isn’t that worth the investment of five minutes per day? And hey, you don’t have to stop at five minutes. Try it for 10, 15 ….

I don’t think anyone has established an overdose level for mindful breathing.