What kinds of assumptions is your reality based on? 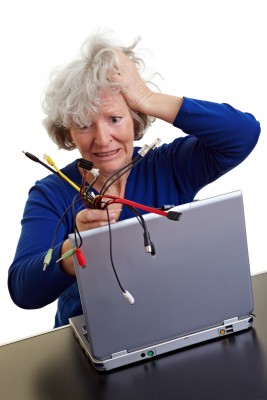 The big storm of two weeks ago continues to have repercussions on the lives of those of us who were in its path.  Downed trees are gradually being removed, overwhelming email lists, building up during the power outage, have been reduced in size, and life is going on, with a few differences.  The major one is the realization of how much life can change in an instant as everything we assumed would support us disappears, thankfully temporarily.

This led me to thinking about the assumptions we all hold that we believe are “truths” about life; they bolster our concept of reality. They also become the walls of the prison we construct.

What kinds of assumptions is your reality based on?

Sometimes it takes an upheaval – a giant storm, an earthquake – to flip that switch in our heads that makes us see our world very differently.

After a recent storm, followed by a power outage, I met a man frantic to get the fallen tree blocking his garage door out of the way, so he could get his kids to a motel where they could watch TV, because he assumed they couldn’t be happy without it!  If he didn’t actually sit down with them, talk and figure out a way to play without power, he will never actually know the various ways in which his kids can be happy – and neither will they.

The loss of power just when I was really ramping up my business left me disoriented. Rather than moaning about it, I decided to assess my reaction to the loss of power and the subsequent sense of helplessness, and came up with these assumptions, all of which, I am happy to say, were simply illusions:

I can’t work on my business without lights, a computer, or a telephone.

Potentially disastrous response: sitting down and being depressed about inability to get anything productive done.
In fact, I started to clean my files and found important information, including lists of potential clients, that I had forgotten I had.  This information set me off on a new, and productive, path.
When the power was on, I was always too busy to go into these old files.

Since I can’t email, phone, or even open my garage door and get my car out, how can I meet new prospective clients?

Potentially disastrous response: …being depressed about inability to connect with people.
I took a walk in the park to survey the tree damage and met a new neighbor who walked with me.  We had a long walk and conversation in which we shared mutual interests; at the end, she took out her I-phone and put herself on the list for my ezine.
The storm and its damage forced me to take that leisurely walk. Slowing down and paying attention to what is right in your neighborhood is an eye opener.

With no stove and the food in the refrigerator rapidly deteriorating, how am I going to eat? Restaurants that I normally go to were far away – which brought up the no-power garage door situation again.

Potentially disastrous response:  Aaarrrggghh!
Now, I could probably live off my stored fat for at least a few days, so I wasn’t in danger of starvation, but I found on the first day that there were several small restaurants in my neighborhood (that I had, once again, never noticed) with – wonder of wonders -their own generators!   They served up delicious meals, and now I have a whole new repertory of places to go to when I am hurried, hungry, and wanting good nutrition.

Oh, no, the phone on which my business depends has gone out – again – and I will have to go through the telephone company’s tree of options to even speak to a live person.

Potentially disastrous response:  Running in small circles, accompanied by a high-pitched shriek.
Well, I did to through their tree of options once, but then I connected with the repairman for my area, who actually gave me his cell phone number so I could call him directly any time I have a problem with my line.

Life is better than I imagined when all of these events first struck.

Now, the aftermath of the storm almost feels like a little vacation, on which I could regain some good sense after a flurry of overwork.

Wouldn’t it be nice it we could all turn off the power in our heads, stop yearning for something somewhere else,  and be so relaxed that we noticed what was right under our noses all the time?

As Dorothy Gale said, in the Wizard of OZ, “If I ever go looking for my heart’s desire again, l won’t look any further than my own backyard, because if it isn’t there I never really lost it to begin with.”